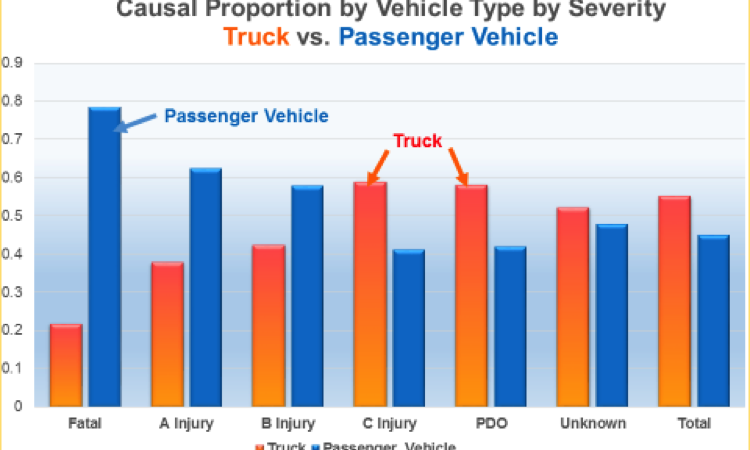 True or False?  In fatal crashes between cars and trucks, it is the truck that is most often at fault?  The chart below shows that this is false.  Heavy trucks only caused about 22% of the fatal crashes in which they were involved.  The general driving public has a sense that the truck causes the crash because of its size.  No doubt the disparity in size between trucks and cars accounts for a higher fatality rate than what occurs in crashes between two vehicles of equivalent weight.  However, this analysis was of who caused the crash in terms of driver errors (not what caused the severity to be so high).

It is reasonable that professional drivers would have a higher driving skill level due to their experience.  However, in the lower severity classification the heavy truck drivers are over-represented in causation.  Perhaps this is due to their skill in mitigating the crash so that it will not cause a fatality.  Clearly heavy trucks are much more difficult to control, and so there might be the natural expectation that they cause more two-vehicle crashes.