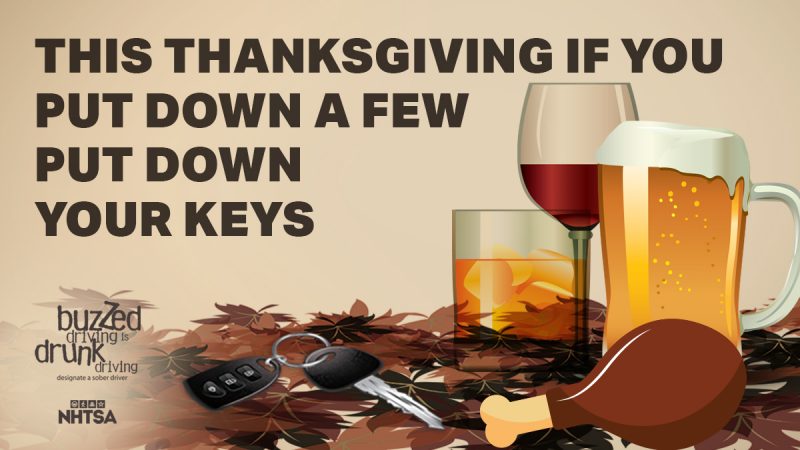 Excessive drinking is prevalent over the Thanksgiving weekend due, in part,  to the cultural phenomena like “Blackout Wednesday”, which highlights, and even encourages, the heavy consumption of alcohol throughout this holiday. Impaired driving crashes spike during the Thanksgiving holiday season.

Additionally, throughout the Thanksgiving weekend, we will focus on raising awareness about the dangers of drug-impaired driving with the campaign message: If You Feel Different, You Drive Different.

It doesn’t matter what term you use: If a person is feeling a little high, buzzed, stoned, wasted, or drunk, he or she is impaired and should never get behind the wheel.