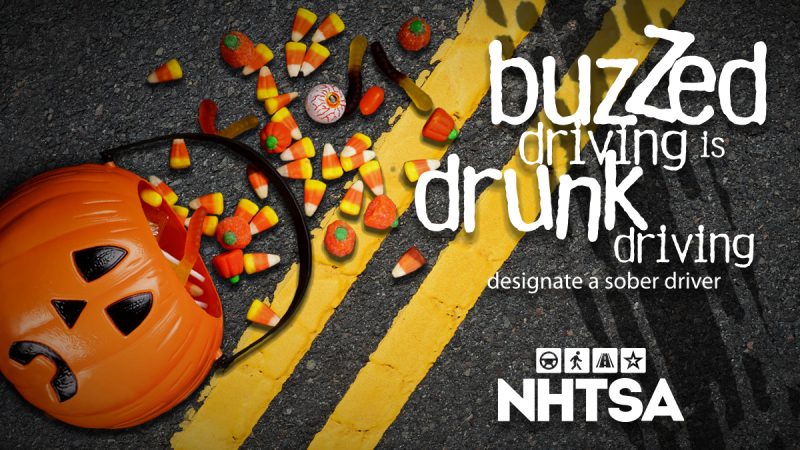 This Halloween, let’s make happy memories, not tragic nightmares. The only thing scarier than zombies and witches loose on the streets is an impaired driver. This year, NHTSA is teaming up with local officials to help spread the message that Buzzed Driving Is Drunk Driving. Even one alcoholic beverage could be one too many for some drivers. So, if you plan to drive, plan to refrain from alcohol. If you do plan to enjoy some witch’s brew, be sure to arrange a sober ride home in advance. Stay safe on Halloween night, and every night.

Read these scary stats and commit to sober driving: