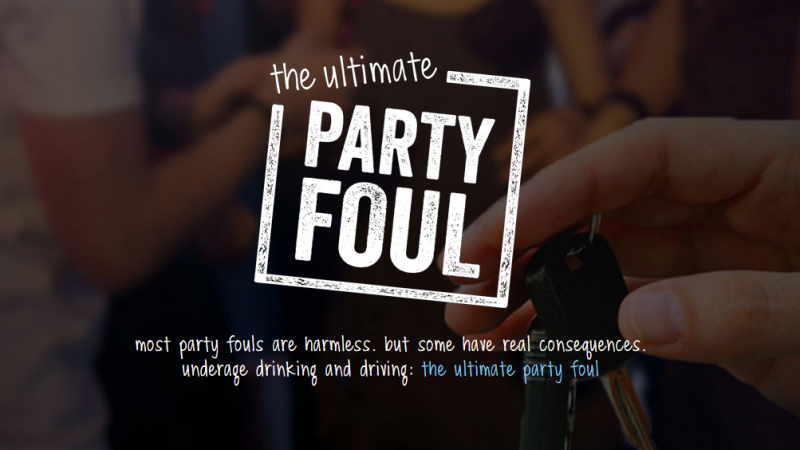 Nearly one-third of young drivers killed in traffic crashes have alcohol in their system; new PSA depict drinking and driving as the ultimate party foul.

Motor vehicle crashes are the leading cause of death among teens in America, and almost half of teens killed in crashes are the drivers themselves. Despite a minimum legal drinking age of 21 in all 50 states, almost one-quarter of young drivers involved in fatal traffic crashes had alcohol in their systems according to data from NHTSA.