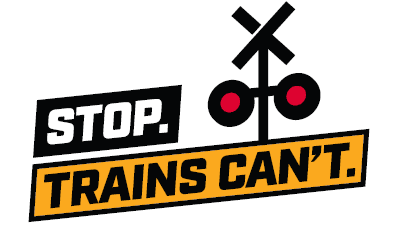 The U.S. Department of Transportation (DOT) launched the Stop! Trains Can’t campaign aimed at young male motorists to make the right choice at railroad crossings. The campaign is the latest in a two-year effort by DOT to reduce accidents, and ultimately fatalities, at railroad crossings around the country.