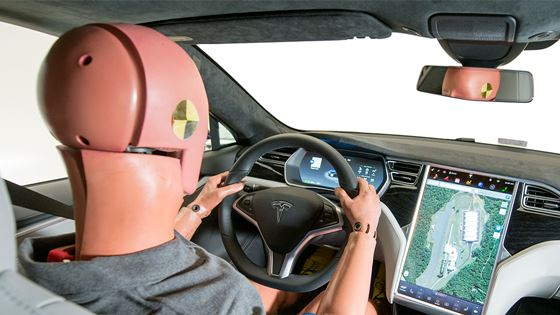 Judging from headlines, one might think dealer lots are brimming with cars that allow drivers to clock out while radar, cameras and other sensors do the navigating. Though the U.S. market is inching toward that reality, consumers can’t buy a fully self-driving car and likely won’t be able to for many years. The idea is tantalizing, not only for the convenience factor but also because it dangles the potential of a crash-free future. While that vision may one day come to fruition, it is far too early to retire the Institute’s crash-test dummies. There will be many crashes on the road to Vision Zero.

In the near term, the best way to reduce the risk is to renew focus on tried-and-true countermeasures, such as increasing safety belt use and reducing alcohol-impaired driving, and to continue pushing automakers to improve the crashworthiness of vehicles while refining driver assistance systems to address more kinds of crashes.