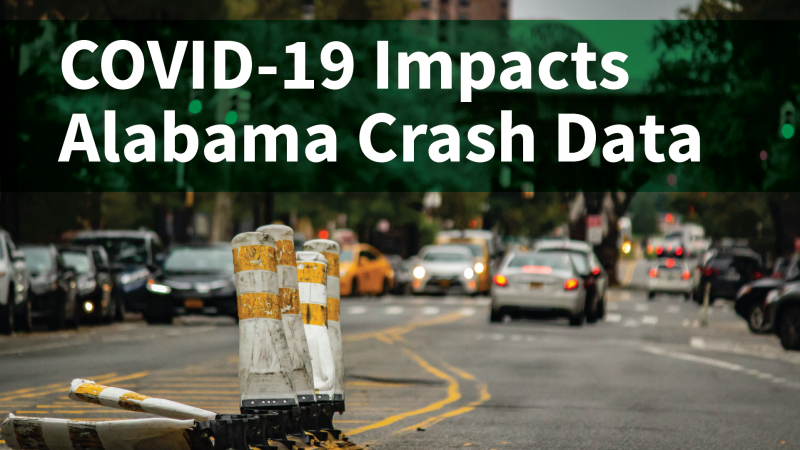 It is Week 9 of the coronavirus pandemic, and total crash data is still on the decline in Alabama. Crashes have declined to less than 40% of their pre-COVID levels, INCLUDING speed-involved and fatal crashes. View Graph

This report comes amid reports from other states indicating that their drivers are taking advantage of fewer vehicles on the road, as well as less enforcement, to increase their speeds. Thus the drop in fatal crashes due to the decrease in traffic has NOT occurred for those states.

The number of pedestrian crashes has remained the same in Week 9, but bicycle crashes have increased. View Graph

Pedestrian: Other than a higher than expected number of pedestrians in week 4, pedestrian collisions have followed the overall crash trend as far as their comparison with the week before COVID began taking effect.

Bicycle: There has been a surprisingly large relative increase in the number of bicycle crashes. It has been suggested that this may be caused by additional (potentially new) bicyclists taking advantage of the low traffic. It is essential that both motor vehicle drivers and bicyclists recognize problems here and take the necessary crash-avoidance precautions.