City and state officials discuss I-65, I-85 interchange issues 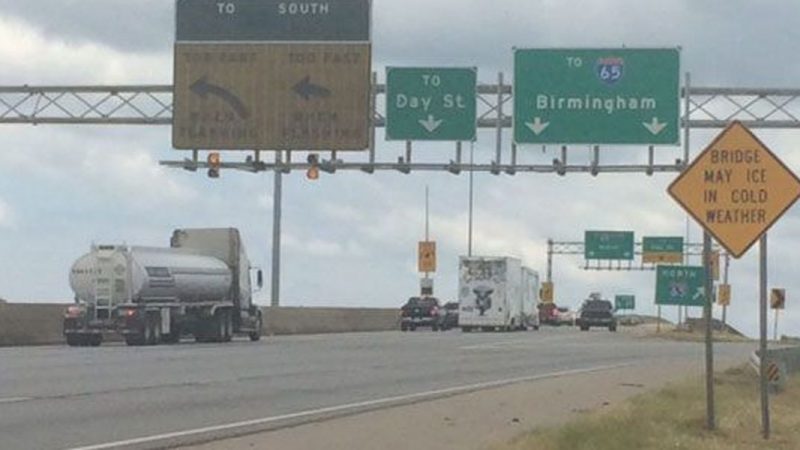 City and state officials discuss I-65, I-85 interchange issues

MONTGOMERY, AL (WSFA) – Every day hundreds of vehicles drive through the Interstate 65-Interstate 85 interchange and many drivers get concerned every time they travel on that section of roadway.

According to Montgomery Mayor Todd Strange, there have been at least 65 accidents along the interstate interchange in the past five years with some being extremely serious, even fatal.

“It was designed 40 years ago. It’s not capable of handling the traffic if you’re going much over 30 or 35 miles an hour,” Strange said. “When it was designed it wasn’t anticipated that we would have the big rigs that are there.”

“What we would love to do is put a mechanical speed detection device there. But under Alabama laws you can not, in fact, do that,” Strange said.

Thursday the mayor met with Alabama Department of Transportation officials to figure out what can be done.

“Every indication we have seen with crashes in that interchange indicates speed is a contributing cause,” said Tony Harris, a spokesperson for ALDOT. “Today’s discussion between the city and the department centered around enforcement and what can be done from a safety countermeasures standpoint in the existing interchange. Both the city and ALDOT have common concerns about that location and will work together to address those.”